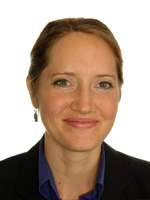 Ashley Lorance is an associate attorney who has been practicing in the areas of family law, personal injury, traffic and wills since joining the firm in 2010.  She graduated cum laude from Hofstra University School of Law in 2010 with concentrations in Family Law and Civil Litigation.  While in law school, Ms. Lorance was a member of the Hofstra Law Review, received awards for her pro bono leadership and public service, and provided research for the drafting of the Uniform Collaborative Law Act.  She also served as an extern for U.S. District Court Judge Dora Irizarry in the Eastern District of New York.

Ashley enjoys helping people, and her best reward is bringing clients relief from whatever legal problems they are facing.  She regularly takes cases to trial when she cannot reach a favorable settlement.  Ashley takes pride in providing attentive and approachable legal representation to meet her clients’ individual needs.

While not practicing law, she enjoys reading, traveling, brewing beer, and spending time with her husband, son and pet goats.  She has lived and worked in several different countries, including France, Germany and Scotland.  Ashley grew up in Belmont, N.C., where her roots go back many generations.